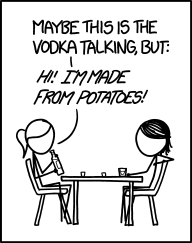 Well, Ryan Adams must be in a good place, because he actually covered “Summer of ‘69,” a song by Bryan Adams, the Canadian superstar with whom Ryan famously does not like being confused. I thought this day would never come.

The weak passwords -- which are hard-coded and can't be changed -- were only one item on a long list of critical defects uncovered by the review. The Wi-Fi network the machines use is encrypted with wired equivalent privacy, an algorithm so weak that it takes as little as 10 minutes for attackers to break a network's encryption key. The shortcomings of WEP have been so well-known that it was banished in 2004 by the IEEE, the world's largest association of technical professionals. What's more, the WINVote runs a version of Windows XP Embedded that hasn't received a security patch since 2004, making it vulnerable to scores of known exploits that completely hijack the underlying machine. Making matters worse, the machine uses no firewall and exposes several important Internet ports.

It's the AVS WinVote touchscreen Direct Recording Electronic (DRE). The Virginia Information Technology Agency (VITA) investigated the machine, and found that you could hack this machine from across the street with a smart phone:

So how would someone use these vulnerabilities to change an election?

Note that none of the above steps, with the possible exception of figuring out the WEP password, require any technical expertise. In fact, they're pretty much things that the average office worker does on a daily basis.

A few weeks back I wrote an update on the Truecrypt audit promising that we'd have some concrete results to show you soon. Thanks to some hard work by the NCC Crypto Services group, soon is now. We're grateful to Alex, Sean and Tom, and to Kenn White at OCAP for making this all happen.

You can find the full report over at the Open Crypto Audit Project website. Those who want to read it themselves should do so. This post will only give a brief summary.

The TL;DR is that based on this audit, Truecrypt appears to be a relatively well-designed piece of crypto software. The NCC audit found no evidence of deliberate backdoors, or any severe design flaws that will make the software insecure in most instances.

That doesn't mean Truecrypt is perfect. The auditors did find a few glitches and some incautious programming -- leading to a couple of issues that could, in the right circumstances, cause Truecrypt to give less assurance than we'd like it to.

For example: the most significant issue in the Truecrypt report is a finding related to the Windows version of Truecrypt's random number generator (RNG), which is responsible for generating the keys that encrypt Truecrypt volumes. This is an important piece of code, since a predictable RNG can spell disaster for the security of everything else in the system.

The Truecrypt developers implemented their RNG based on a 1998 design by Peter Guttman that uses an entropy pool to collect 'unpredictable' values from various sources in the system, including the Windows Crypto API itself. A problem in Truecrypt is that in some extremely rare circumstances, the Crypto API can fail to properly initialize. When this happens, Truecrypt should barf and catch fire. Instead it silently accepts this failure and continues to generate keys.

This is not the end of the world, since the likelihood of such a failure is extremely low. Moreover, even if the Windows Crypto API does fail on your system, Truecrypt still collects entropy from sources such as system pointers and mouse movements. These alternatives are probably good enough to protect you. But it's a bad design and should certainly be fixed in any Truecrypt forks.

In addition to the RNG issues, the NCC auditors also noted some concerns about the resilience of Truecrypt's AES code to cache timing attacks. This is probably not a concern unless you're perform encryption and decryption on a shared machine, or in an environment where the attacker can run code on your system (e.g., in a sandbox, or potentially in the browser). Still, this points the way to future hardening of any projects that use Truecrypt as a base.

Truecrypt is a really unique piece of software. The loss of Truecrypt's developers is keenly felt by a number of people who rely on full disk encryption to protect their data. With luck, the code will be carried on by others. We're hopeful that this review will provide some additional confidence in the code they're starting with.

Here's What a Super Typhoon Looks Like From Space by Katharine Trendacosta
Thursday April 2nd, 2015 at 7:32 AM

As seen from the International Space Station, Super Typhoon Maysak is a giant swirl covering the entirety of a camera's view.